Japan buckles up to join China’s Belt and Road 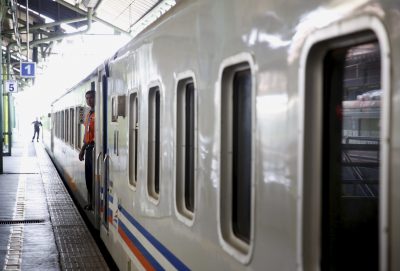 The extent of Japan’s cooperation remains to be seen, but this move may help Japanese Prime Minister Shinzo Abe realise his ‘Free and Open Indo-Pacific Strategy’.

Engaging with the BRI allows Tokyo to pursue some of its important economic goals through greater overseas infrastructure investment. The Initiative may also motivate Japanese companies to seek greater business opportunities along the BRI route. Japan’s own regional connectivity projects can complement the BRI and strengthen regional integration in the Indo-Pacific.

Japan’s support for the BRI is likely to enhance the efficiency of both China and Japan’s ongoing infrastructure projects due to their overlapping functional areas like energy conservation, the advancement of industry and the distribution of goods. There is huge potential for cooperation between Tokyo and Beijing to help deliver more rapid and sustainable growth given the region’s high demand for infrastructure. Japan and China may also be able to use this opportunity to improve their bilateral relationship, including by resuming high-level visits and winding down existing tensions in the East and South China Seas.

But it will be difficult for Japanese companies to compete with their Chinese counterparts, which can offer cheaper prices and quicker delivery of infrastructure projects. The BRI also poses political challenges for Japan. Countries in the Indo-Pacific need to avoid trade wars, but trade and economic cooperation with China must remain governed by the rules of the existing liberal order if the benefits are to be shared.

A number of countries including the United States, Russia, Australia and India have already become sceptical about Beijing’s intentions. New Delhi sees the BRI as likely to contain India’s own regional ambitions and security. Countries such as Nepal, Myanmar, Indonesia and even Pakistan have started to turn down major BRI projects offered by China due to concerns over their validity and project delays.

Another obstacle is the precarious security environment along parts of the BRI route. Afghanistan remains unstable despite years of military intervention and political and economic support. Iran has become a vital transport and logistics hub for the Initiative and has long been of vital importance to Japan and India due to its oil and the development of Chabahar port. But relations with Iran have been made difficult by Iran’s long-standing differences with the United States and its own domestic problems.

The BRI still has the potential to establish a new global economic centre of gravity. For Japan, China remains not only an important trade partner, but also a country with which Japan could construct a ‘Mutually Beneficial Relationship Based on Common Strategic Interests’. Japan’s cooperation on the BRI depends largely on Tokyo’s ability to find a way to strengthen regional economic connectivity without endangering the present geopolitical architecture on which Japan’s own security interests continue to rest.

To do this, Tokyo should, together with Australia and India, ensure that the United States maintains its geopolitical presence in the Indo-Pacific region and that the Japan–US alliance continues to function as the cornerstone of regional peace and stability.

Japan must focus on the quality and affordability of the various infrastructure projects it funds. Tokyo can seek stronger international support in shaping economic public goods like the BRI by supporting the involvement of likeminded countries in regional groupings — India’s membership of APEC, for example.

The BRI must become a more inclusive initiative. Japan should ensure that the funding and implementation of BRI projects are based on international standards and rules. Japan may be able to contribute to this by joining the Asian Infrastructure Investment Bank.

Tokyo must also continue strengthening relations with like-minded countries to demonstrate their opposition to any attempt to change the status quo by force. The ‘Quad’ countries — Japan, the United States, Australia and India — have been discussing the establishment of a joint regional infrastructure project as an alternative to the BRI. Yet the four countries each have different geopolitical calculations, as indicated by their failure to produce a joint statement during their November 2017 dialogue.

Japan must be pragmatic and continue strengthening its bilateral strategic partnerships with Australia and India rather than becoming overly focused on the Quad. Japan–ASEAN relations require improvement, as these countries are also deeply involved in the BRI. Tokyo also needs to increase domestic support for its involvement in the BRI.

Whether or not Japan’s decision to support the BRI will bear fruit depends on how deeply Tokyo chooses to engage with the Initiative. This will largely be determined by how well its members, especially China, can manage the challenges that the BRI faces.

In any event, the Abe government needs to establish sufficient political groundwork with the United States, Australia and India if it and its partners want to have a serious voice on how the BRI develops.

Previous CPEC – a golden opportunity for Pakistan: Guntur Sugiyarto
Next Gilgit-Baltistan will get the maximum benefit form CEPC: Chinese Ambassador